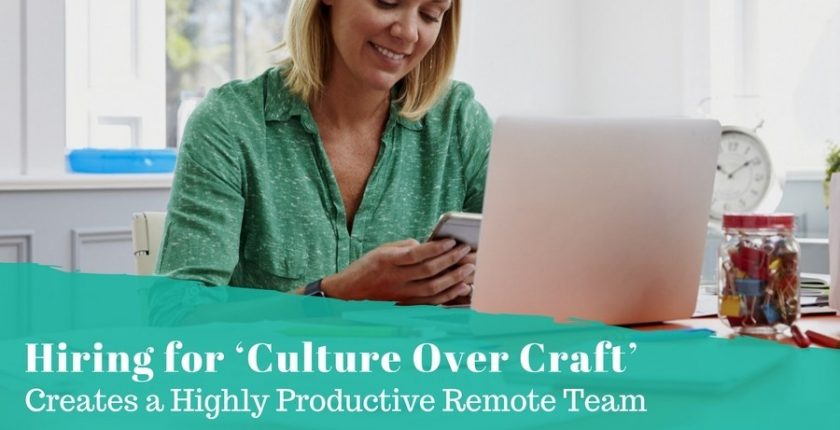 We sat down (remotely) with Chance Gurr, CEO of You Need a Budget, to learn more about the company’s hiring manifesto. We learn how finding and hiring the right team members is among the most important work they do in enabling a highly productive remote team.

A large number of the virtual teams in operation today are SaaS companies designed especially for business.  You Need A Budget (YNAB) has a refreshingly different approach, creating software to improve the lives of everyday people. Helping people manage their money, get out of debt and save, YNAB is committed to reducing financial stress, strengthening relationships, and helping people achieve their goals.

Founded in Utah by Jesse Mecham, the software has undergone several facelifts and updates since its beginnings in 2004 to stay ahead of changing technology and digital platforms. The latest version not only allows users to create a budget with predetermined expenditure for every imaginable category, but also syncs with bank accounts to keep track of finances in real time, and pay down debts sooner.

Today YNAB employs 42 staff, with 39 working virtually from throughout the United States and overseas. Among the team are developers, designers, teachers, support staff and chief technology and marketing officers.

Chief Operating Officer Chance Gurr says the team is extremely well connected, which he attributes to a carefully structured recruitment process, which includes flying out to meet candidates before hiring them.

“We’ve gotten really good at hiring great fits for our culture, remembering that great performance is a large part of our culture. We hire excellent communicators who are sharp, friendly, teachable, self-motivated, confidently humble, fun to talk to, and who passionately pursue their craft”, says Chance. “You’ll also hear us say ‘culture over craft’. And while being excellent at your craft is an important part of our culture, we have certainly turned down some unbelievably talented candidates, because it was clear that it wasn’t a great culture fit.”

Productivity is rarely an issue

Again, Chance says it’s a battle won in the hiring process. “I believe the remote worker productivity issue is really solved by hiring absolutely amazing team members who don’t know any other way to work but to be productive.”

YNAB staff use Slack to stay in touch, but everyone is instructed to prioritise video and voice calls above chat and email. They’re even encouraged to shut off Slack for large chunks of their workday in order to focus on their work. Full-time staff members are treated to an annual retreat, which Chance says gives the team tools to grow and get to know each other on a deeper level.

“We basically hang out for three days in some cool place to talk shop and just build camaraderie. If you were to peek into one of our retreats, from the moment it starts, you’d never guess that these people have only actually seen each other in person a couple of times. You’d probably think they were friends since childhood.”

“Maybe most importantly the CEO and leadership of the company must exemplify the company culture, possibly more than anyone else. Everything trickles down from the leadership, so if your leaders are prime examples of what you want your culture to be, you can expect that everyone else will follow suit.

We take cues from our leaders and learn the rules of engagement from them. So if my CEO is humble and admits his mistakes that gives me full permission to do the same.”

Cast the net far and wide

For YNAB, the biggest benefit of a remote team is being able to find and hire the best team members possible, regardless of where they live.

“When you’re not restricted to a geographical area, it doesn’t matter if the cream of the crop is across the country or the globe, they’re in your potential candidate pool,” says Chance. “We don’t have to settle for a hire that’s below our very high standards, and that makes all the difference in the world.”

At the other end of the scale, the biggest challenge of having a remote team is not being able to just walk down the hall and work out a tough problem in person on a whiteboard with a group.

“Tech is improving, which helps with ‘in-person’ meetings, but we do often miss being able to work through things while actually being in the same room. But while having a remote team has its challenges, I wouldn’t have it any other way.”

If you enjoyed this article, be sure to download our FREE eBook: DRiVE which takes you behind the scenes of 30 remote-friendly companies from around the world and gives you valuable insights into working with remote teams.